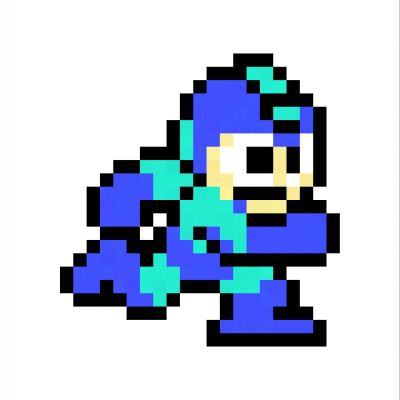 I am passionate about "Heroic Fantasy" and "Beat Them all" games on Nintendo Game System (I hate SEGA). Now that I am old, I love retro gaming, since I don't have much time. Feels good to watch endings though...
Videos
Channels

ScourgeBringer launches today on PC, Switch and Xbox One

Cris Tales Delays into 2021 for Current and Next-Gen Consoles

Modus Games today announced that the upcoming JRPG title Cris Tales will be delayed from its original November 17 release date. The classically-inspired game will now release in 2021. Cris Tales will be coming to both current and next-gen consoles, releasing on Nintendo Switch, PlayStation 4, PlayStation 5, Xbox One, Xbox Series X, PC, and Stadia. “The decision to delay […]
OG_eXodia
October 16, 2020
0

Bloober Team today announces that its third-person psychological horror game The Medium will be released on December 10th, 2020 as one of the first titles to launch exclusively for the Xbox Series X and Xbox Series S. The game will also be available on the PC – pre-orders are now live on Steam, Epic Games Store and […]
OG_eXodia
October 10, 2020
0

XSEED Games, the independent-minded publishing brand of Marvelous USA, Inc., jointly announced with Marvelous Europe today that UPPERS, the over-the-top beat-em-up from Honey∞Parade Games, will be launching for Windows PC via Steam on October 21. Originally released in Japan for PlayStation®Vita handheld entertainment system in 2016, the PC version packs a punch with a fully remastered presentation supporting […]
OG_eXodia
October 10, 2020
0

Two weeks prior to the release of the 9 Monkeys of Shaolin its creators from Sobaka Studio revealed the new gameplay trailer focused on details and all the key features of the incoming game: narrative, combat and progression systems, weapons, enemies and co-op mode. Furthermore, today, Sobaka Studio has launched the expanded free demo version […]
OG_eXodia
October 3, 2020
0

A grand horror classic, new releases, and deals to celebrate the 12th anniversary of GOG.COM

They say time flies when you’re having fun and it wouldn’t be even half as fun without you, gamers from all around the world, sharing the same love for games as we do. That’s why we celebrate GOG.COM’s 12th anniversary with new DRM-free releases and awesome game deals for you to choose from. Mount & […]
OG_eXodia
October 3, 2020
0

Announced during this week’s digital Tokyo Game Show, BANDAI NAMCO Entertainment Inc. has teamed up with Japanese rock band, THE ORAL CIGARETTES for a special music video of “Dream In Drive” featured in the upcoming Action-RPG game SCARLET NEXUS. “Dream In Drive” can be found on the band’s most recent album, “SUCK MY WORLD”, originally released […]
OG_eXodia
September 25, 2020
0

Pearl Abyss announced today that new Hero, Ba-Ri and Heilang, has arrived in Shadow Arena. Players can now play this perfect duo to perform various combat styles in the battlefield.  Ba-Ri was the princess of a fallen kingdom who has escaped from the army with help from Hwisa and Heilang. She is now ready to begin her […]
OG_eXodia
September 25, 2020
0

ScourgeBringer launches today on PC, Switch and Xbox One

Cris Tales Delays into 2021 for Current and Next-Gen Consoles

A grand horror classic, new releases, and deals to celebrate the 12th anniversary of GOG.COM

The Suicide of Rachel Foster – The review

Fluz: A New Way to Save on Video Games