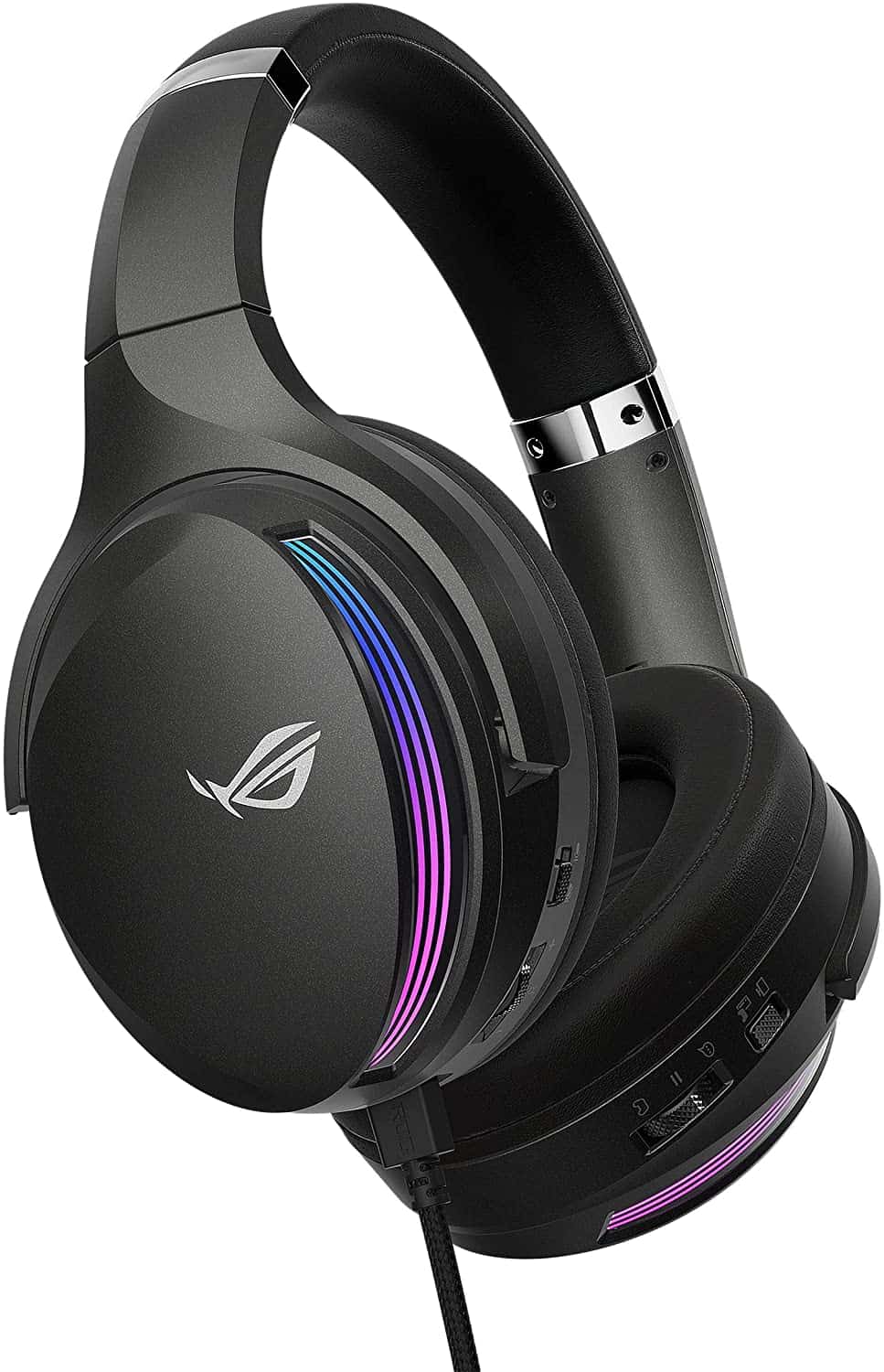 The ROG Fusion II 500 is the latest headset from ASUS and it is packed with features. With support for 7.1 Virtual Surround Sound, Hi-Res Audio and AI noise cancellation, it targets the audiophiles among gamers

Build quality
Despite the all-plastic construction, ASUS has a headset that feels robust and hard-wearing, the plastics feel premium to the touch and the texture is pleasingly smooth and impressively resistant to scratches. Both sets of earcups are equally impressive and have proven impervious to some fairly rough yanking and prodding with no tears developing during our testing period. The headband is a particular stand-out, as it clicks confidently between settings and is reinforced by a strong band of aluminum. We put the headband through its paces with some pretty unrealistic flexing, and it returns to form even after bending it far past any realistic use case scenario, which is a testament to the rigidity of this headset, which is very impressive. The controls are pretty good, too. Positioned on the rear of both earcups, they feel satisfyingly clicky, though we did miss the supremely premium-feeling volume rocker that was found on the Delta S Animate. It did take a bit of practice to remember what control did what as they all feel identical, with no definition between buttons. So, it can be pretty difficult to get used to, and we ended up taking off the headset to double-check that we tapped on the correct button, which is disappointing. However, it’s worth pointing out that the functionality of the headset can be largely controlled by software so once you’ve set it up to your liking you won’t have to fiddle with the confusing physical controls very often, but we’d have liked to have seen a bit more effort from ASUS.

Final Thoughts
The Asus ROG Fusion II 500 is a great gaming headset that focus on design and sound quality, I can say it’s well balanced and not only good for gaming. Mic is good for everyday use even for zoom meetings. Paying a premium for ROG branding and RGB strips could be hard for some guys but it’s worth it.

OG_eXodia
I am passionate about “Heroic Fantasy” and “Beat Them all” games on Nintendo Game System (I hate SEGA). Now that I am old, I love retro gaming, since I don’t have much time. Feels good to watch endings though…
(Visited 11915 times)