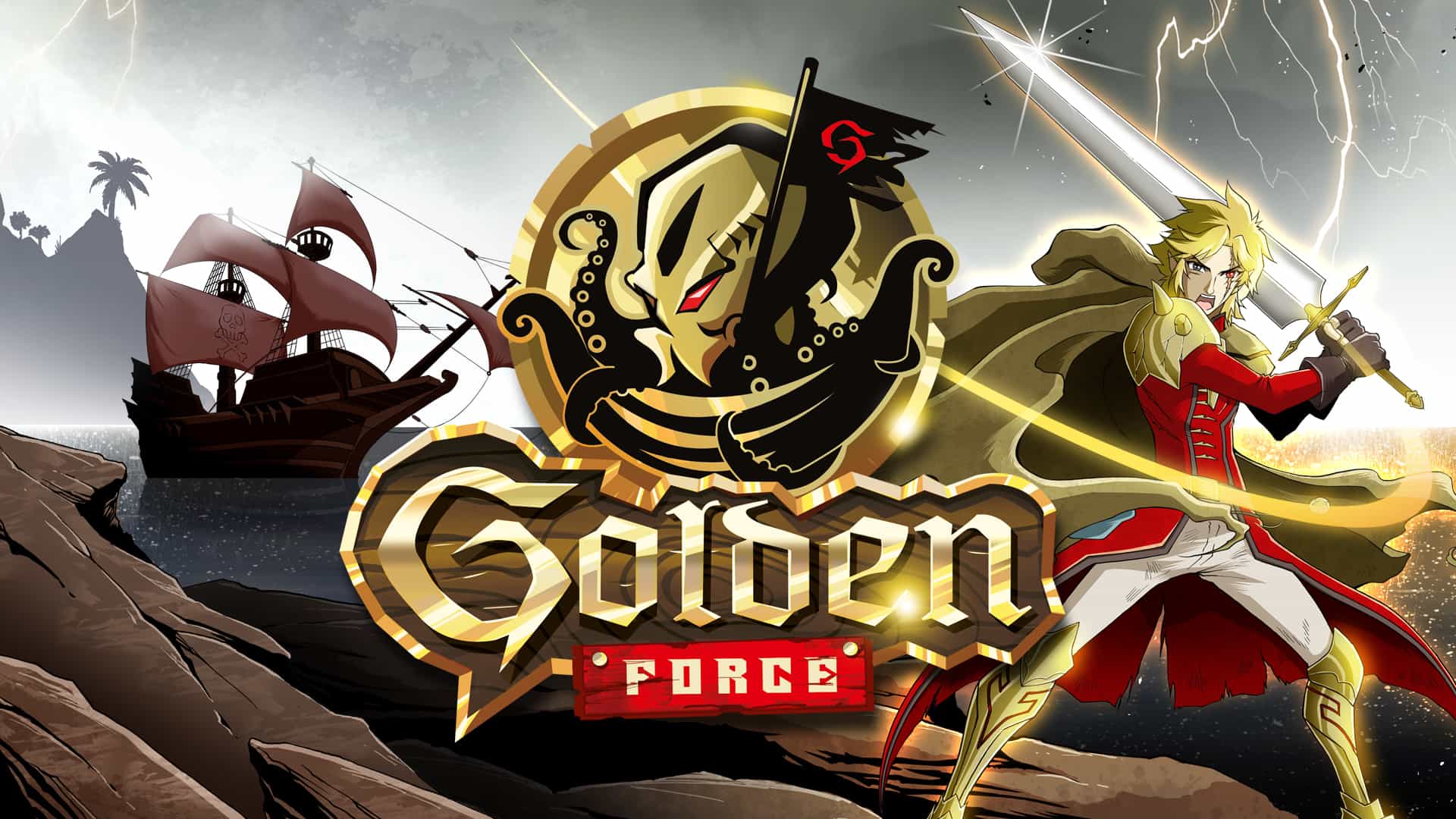 Golden Force – a cute retro-style run ‘n gun platformer where you fight shrimp-shooting Kraken-like creatures is on its way to Switch and will launch January 28th on the platform.

Chop the tentacles of a Kraken-like monster, perform complex combos, slides, and dash attacks. Defeat mini-bosses and peel the skin off up to the skull of giant and powerful main enemies. Join the intense action to discover many different areas to unlock, with funky names like Nacho Island ruled by a Salsa General. Complete all stages with the best time, combo count, and all of the coins in your pocket. Grab collectibles and throwable items that will aid you in battle. Swim and attack underwater (beware of bloodthirsty fish!), dash over spiky obstacles, and try not to harm any kittens in the process (well, you can and there’s no penalty, but it’s definitely heartbreaking). Finally, overcome the Demon King!

Golden Force will launch on Nintendo Switch on January 28th, 2021. You can already pre-order the game with a 20% discount (or 40% in case you already own at least one of the No Gravity Games’ titles).

OG_eXodia
I am passionate about “Heroic Fantasy” and “Beat Them all” games on Nintendo Game System (I hate SEGA). Now that I am old, I love retro gaming, since I don’t have much time. Feels good to watch endings though…
(Visited 1455 times)
Golden ForceGolden Force Switch

TORCHLIGHT III GETS SPOOKY THIS HALLOWEEN SEASON WITH EXCLUSIVE PETS, WEAPONS AND MORE

THE SPRING FESTIVAL HAS ARRIVED IN OVERCOOKED! 2