The Sinking City, the teaser 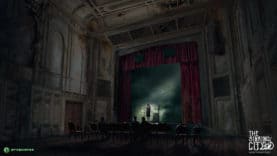 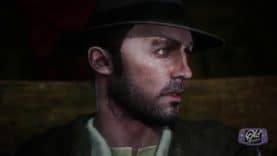 Taking place in the 1920s, The Sinking City is a game of adventure and investigation set in an open world inspired by the works of the famous American horror author H.P. Lovecraft. The player steps into the shoes of a private investigator who arrives in the city of Oakmont, Massachusetts – a city suffering from unprecedented floods of supernatural phenomena. Players must uncover the source of whatever has taken possession of the city, and the minds of its inhabitants.

About Bigben
Bigben is a major video game publisher, designer and distributor of mobile phone and gaming accessories as well as audio products. The group, recognised for its innovation and creativity, aspires to become a European leader in each of the sectors it is active in. www.bigben.fr

About Frogwares
Frogwares is an independent video game development studio based in Dublin and Kiev. Since 2000, the studio has become renowned for its vast catalogue of games, ranging from RTS to action-adventure games. The studio is most known for creating the critically acclaimed Sherlock Holmes games franchise. Frogwares‘ games are available on all major game platforms, including the latest generation consoles. It is now concentrating on its upcoming new IP The Sinking City
For more information, please visit www.frogwares.com or www.facebook.com/frogwares .

About Maximum Games
Maximum Games ranks as a top 15 global video game publisher of interactive digital entertainment spanning all genres and supporting multi-platforms. The company’s mission is to provide a proven and strong hands-on approach to publishing, marketing and distribution. Established in 2009, the company is led by female entrepreneur Christina Seelye, a seasoned executive of digital consumer products and channel marketing. Under Seelye’s leadership, the company has been recognized with numerous awards such as “Fastest Growing Tech Company” by American Business Awards, and has made the Inc. 5000 list of Fastest Growing Private Companies for the past three years. Maximum Games has offices in both the US and UK, and continues to expand its scope of global publishing and distribution via direct reach and strategic partnerships. For more information on Maximum Games, visit the company’s website at http://www.maximumgames.com .

OG_eXodia
I am passionate about “Heroic Fantasy” and “Beat Them all” games on Nintendo Game System (I hate SEGA). Now that I am old, I love retro gaming, since I don’t have much time. Feels good to watch endings though…
(Visited 12075 times)
BigbenFrogwaresMaximum Gamesthe sinking citytrailer

THE SIMS 4 SEASONS, THE NEXT EXTENSION – AVAILABLE ON JUNE 22