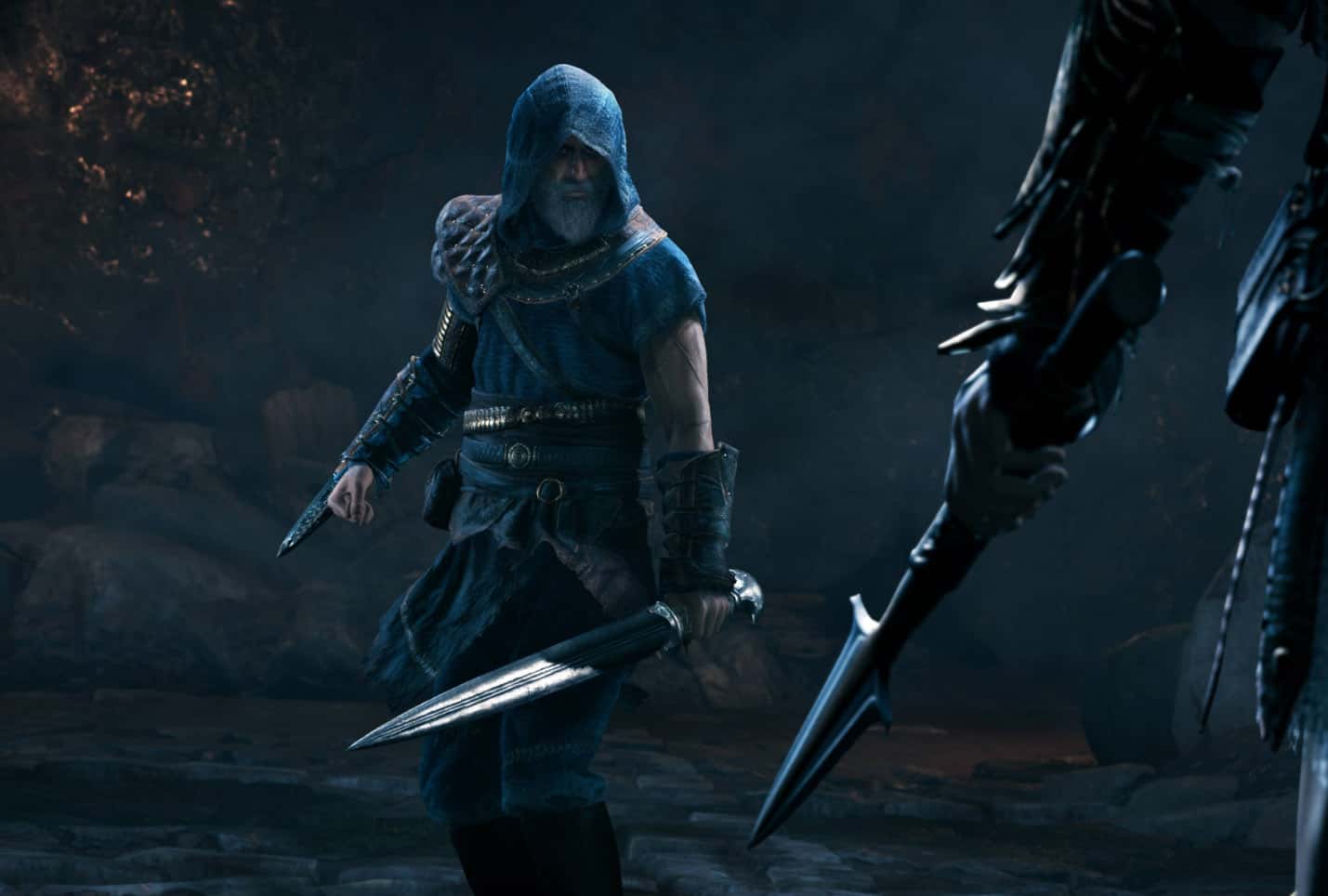 Ubisoft® announced the release dates for the episodes of the first post-launch story arc of Assassin’s Creed®Odyssey, Legacy of the First Blade. The first episode, Hunted, will release December 4 across all available platforms. Throughout Hunted and the following two episodes, players will continue their grand Greek Odyssey to encounter Darius, the legend who was first to wield the Assassin’s Hidden Blade.

As the story of Hunted unfolds, players will discover whether Darius is friend or foe, while meeting new characters, engaging in gripping naval combat, fighting new and powerful enemies, and uncovering revelations about the Assassin’s Creed universe.

Legacy of the First Blade continues to bring players’ choice to the forefront through the relationships they build with colorful characters and the decisions they make along the way. In Legacy of the First Blade, players can also customise new equipment and master new special abilities as they fight their way across Greece, engaging in visceral battles on land and on sea to continue their Odyssey and become a true hero of legend.

After Hunted releases on December 4, the second episode, Shadow Heritage, and the third episode, Bloodline, will complete the first story arc in early 2019 across all platforms.

The Assassin’s Creed Odyssey post-launch plan is the biggest and most ambitious in the franchise, and the launch of Legacy of the First Blade is just the beginning for players who wish to progress further with new content in Ancient Greece. Season Pass owners will access two major episodic storylines, Legacy of the First Blade and The Fate of Atlantis. Players can dive into new episodes as they premiere, or experience the epic adventures in their entirety once all episodes are available. The Season Pass also includes Assassin’s Creed® III Remastered and Assassin’s Creed® Liberation Remastered, which will be released in March 2019.

Legacy of the First Blade can be purchased as part of the Assassin’s Creed Odyssey Season Pass, which is available from £29.99, or separately as a story arc, on December 4.

OG_eXodia
I am passionate about “Heroic Fantasy” and “Beat Them all” games on Nintendo Game System (I hate SEGA). Now that I am old, I love retro gaming, since I don’t have much time. Feels good to watch endings though…
(Visited 13365 times)
ASSASSIN’S CREED ODYSSEYLEGACY OF THE FIRST BLADEUBISOFT