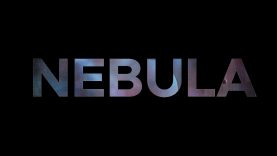 “Falling Frontier is the future of the RTS genre,” said Tim Bender, CEO of Hooded Horse. “There has been increasing interest in a revival of RTS games these past several years, with several companies attempting to recapture the magic of those early titles of the 1990s and 2000s. But Falling Frontier is instead looking forward—to everything that the RTS genre could become. Intel, logistics—the kinds of depth usually associated with the 4x or grand strategy genres—are seamlessly integrated as core gameplay mechanics, while still retaining the excitement and charm of the classic RTS experience.”

In Falling Frontier players will explore a vast procedurally generated star system filled with planets, moons, asteroid fields, and nebulae. The game includes a detailed intel system, complete with recon stations, scout ships, and probes, which all are influenced by planetary bodies and stellar phenomena and present trade-offs in the choice between active and passive scanning modes.

There is also no global resource system, and instead all raw materials and supplies must be delivered where needed. The logistics system extends to resupply of combat ships, and a strike force that neglects to protect its supply lines or is cut off in enemy territory may find itself without adequate ammunition for defense or fuel to escape, or, at the extreme, with a crew slowly starving in the void of space.

To celebrate the announcement, Stutter Fox Studios has released a new Falling Frontier trailer showcasing the game’s nebulae. These beautiful stellar phenomena both disrupt scanning technology and render jump drives inoperable, presenting the ideal terrain for laying an ambush. The new trailer also features an in-game cinematic reveal of the new battlecruiser dropping out of a jump conduit and deploying a pair of fighter craft.

Falling Frontier will release in late 2021 for PC and is available to be wishlisted on Steam.

Rome Is Where the Heart Is