FISSION SUPERSTAR X LAUNCHING SPRING 2019 ON XBOX ONE AND PC 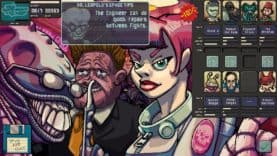 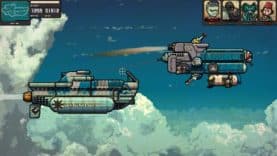 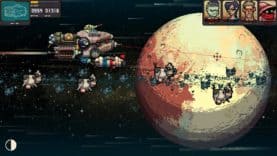 Turbo Pelvis 3000 inc. announce their upcoming space roguelite game Fission Superstar X is now set to launch in Spring 2019 for $14.99 on Xbox One and Windows PC. The adjustment in release window from its original January date is to allow the developer the time required to offer a more polished product.

Fight using ranged and up-close weaponry while dodging and blocking attacks with your shield. Manage your ship to assemble the perfect crew and install the most destructive weapons, but be prepared to make some difficult decisions along the way – do you repair a damaged component, heal a wounded member of the crew, or upgrade your stats? Do you dock at a station and spend time dodging an angry Planetoid or skip that stop for an easier run through a colorful space aurora? It’s up to you to decide the best course of action! When a giant insect shrimp gives you a beating on Saturn, just hit the detonate button and blow up your nuclear superstar – that will show them!

You will die a lot in Fission Superstar X, and that will only make your eventual victory taste that much sweeter!

OG_eXodia
I am passionate about “Heroic Fantasy” and “Beat Them all” games on Nintendo Game System (I hate SEGA). Now that I am old, I love retro gaming, since I don’t have much time. Feels good to watch endings though…
(Visited 11415 times)
FISSION SUPERSTAR XTurbo Pelvis 3000

Are you a Survival Games lovers?