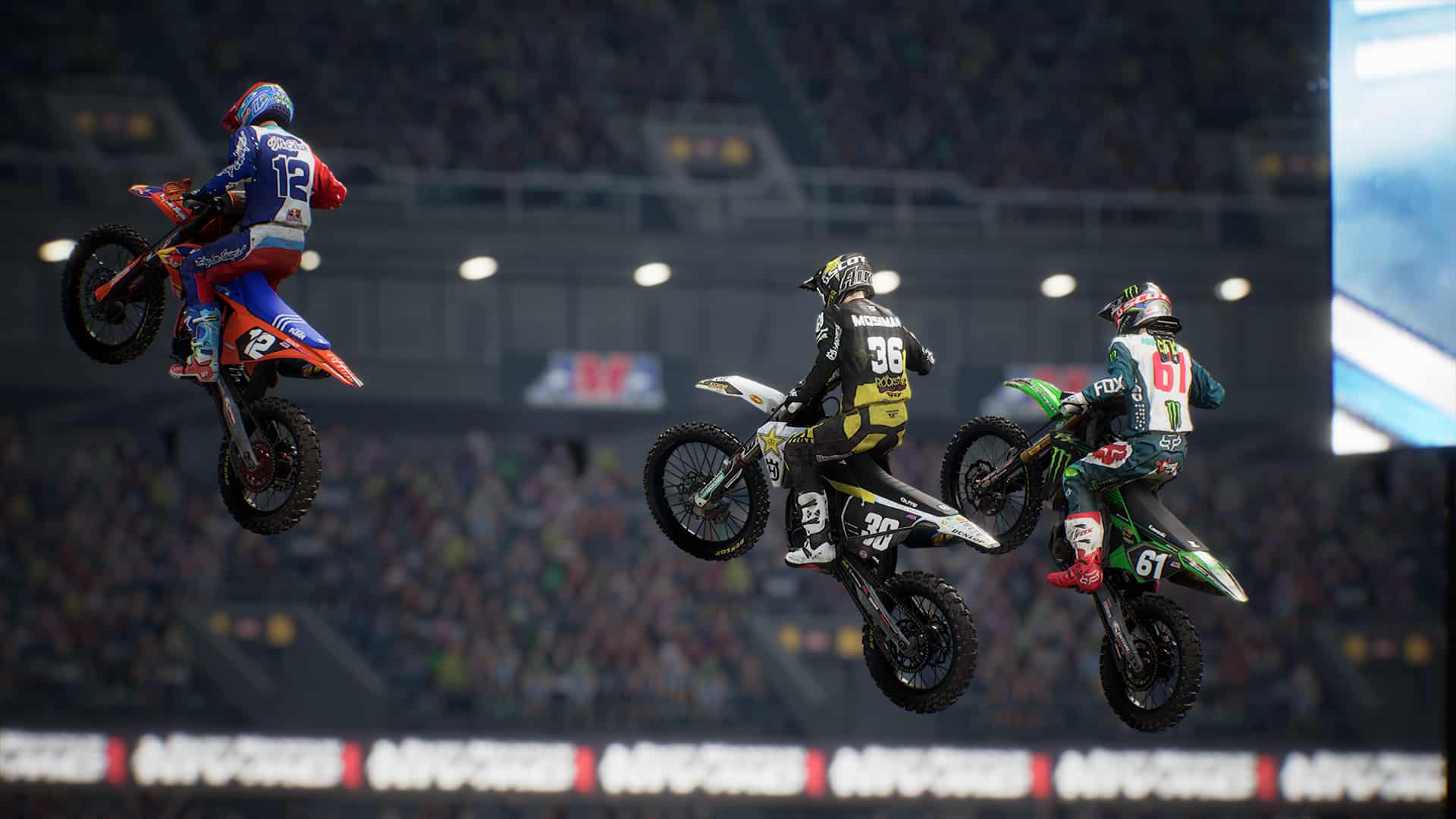 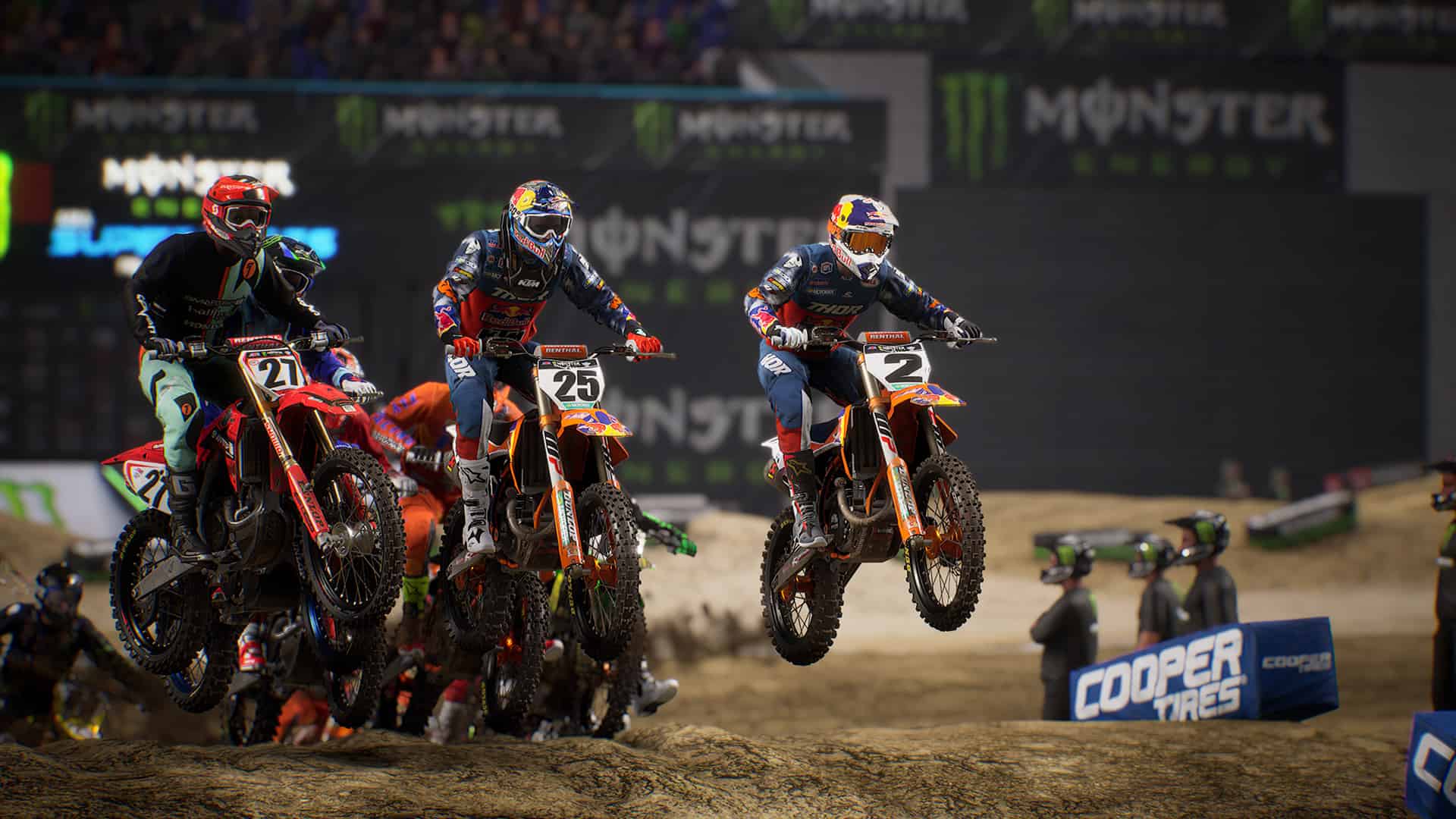 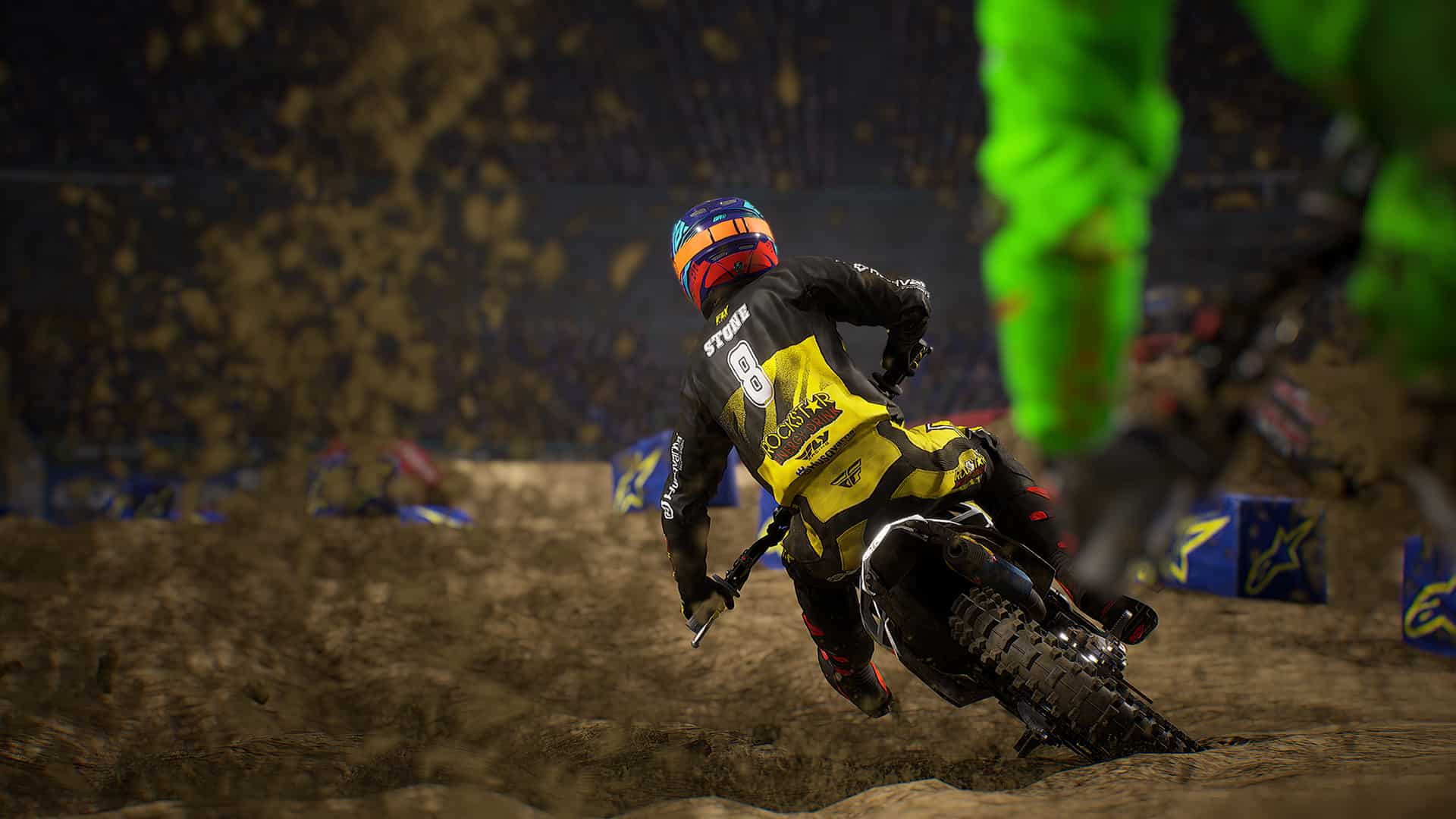 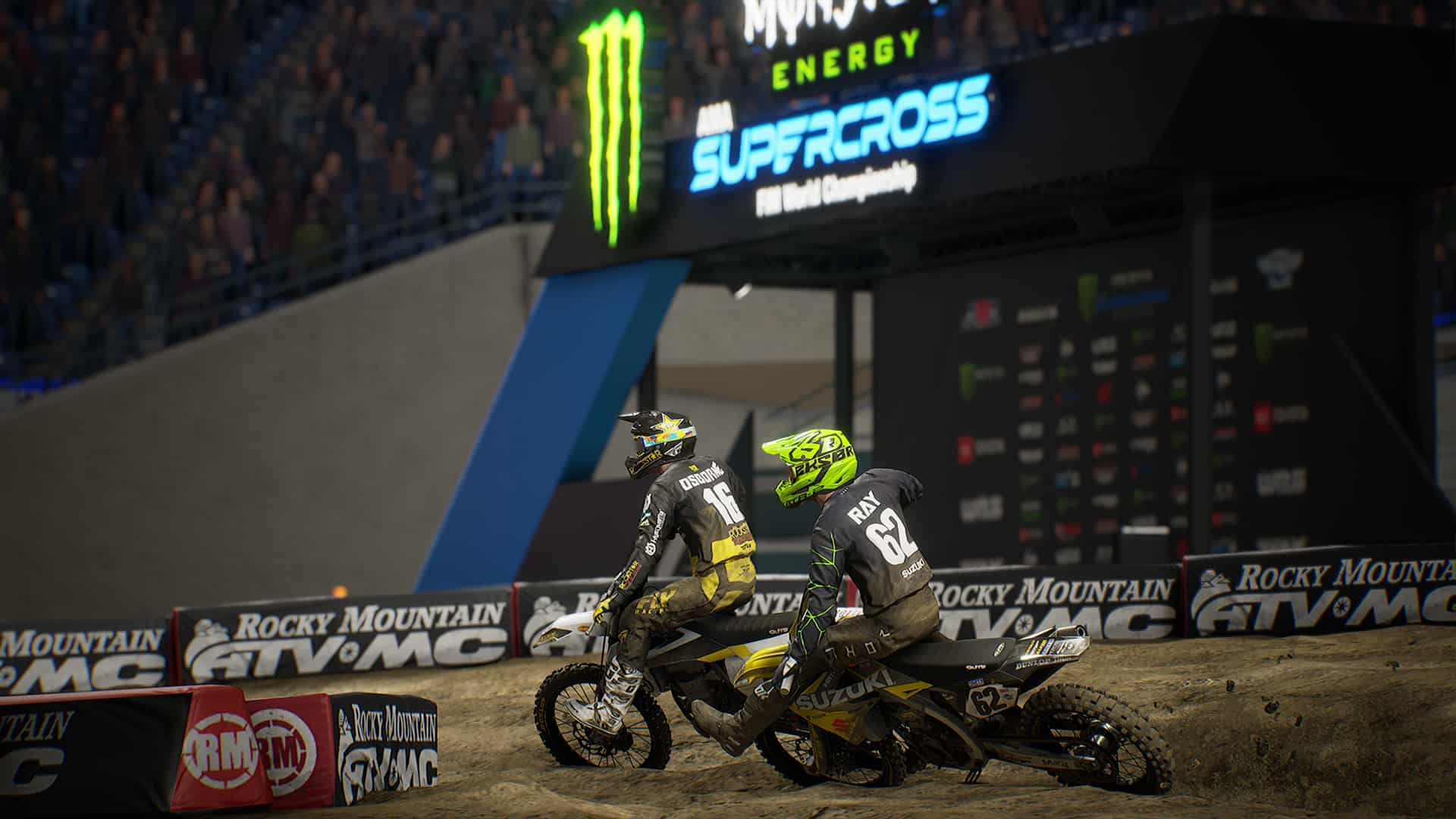 Milestone, one of the leading racing game developers in the world, and Feld Entertainment, Inc., the worldwide leader in producing and presenting live touring family entertainment and motorsports events, are pleased to announce Monster Energy Supercross – The Official Videogame 3.

The latest release of the most beloved and realistic Supercrossvideogame, globally available on February 4th 2020 on PlayStation®4, Xbox One, Windows PC®/STEAM, Google Stadia and Nintendo Switch™, will feature the 2019 Monster Energy Supercross season with 100 riders from  both the 450SX and 250SX Classes,  15 official stadiums and tracks. For the very first time in the series, it will also allow players to choose between a sponsor team or an Official Supercross Team of the 2019 Championship in Career Mode: players will finally have the chance to become a teammate of their  favorite Supercross rider and show the whole world who’s the king of the track!

With Monster Energy Supercross – The Official Videogame 3, players can now also race in co-op mode with 3 other friends, choosing different game modes in the replica of the legendary Factory Supercross Practice Tracks in California. A huge free roaming area with 9 amazing tracks, where most of the OEMs that compete in the Monster Energy AMA Supercross, an FIM World Championship test their bikes.

And once you’ve practiced, you’ll be ready to challenge other players in the brand new Online Multiplayer Mode, now boosted with Dedicated Servers for a lag-free gameplay experience, and Race Director Mode to create amazing online tournaments, deciding from the players’ starting positions, to assigning penalties or choosing which  cameras to focus on. Championship, Quick Race or Elimination Mode, players can choose their  favorite game mode, browsing through Public and Private Lobbies to find their right match.  There are many ways to show who’s the best Supercross rider!

After  great success with the previous game,  more than 53,000 tracks were created by our passionate community, the Track Editor is back and it’s better than ever: new modules and new stadium items to customize  tracks in a unique way. Thanks to brand new aestetic customization items, such as Touch Block, Finish Gates or Leader Pillars, players can now enhance realism and immersion of their  custom tracks.

For Monster Energy Supercross – The Official Videogame 3; developers worked hard to improve several technical aspects that will impact both graphics and the overall gameplay experience. Rider and secondary character models have been completely re-made from scratch with photo scanning that now feature a new set of animations. The new model system allowed us to add for the first time, a Female Rider model with its own animations and physics. Players can select a Female Custom Rider amongst different models to be the next Supercross Champion. Tracks are more alive, thanks to revised particles of fireworks, flames, dry and wet ground that are more detailed and realistic. On the gameplay side, physics has been completely revised to be adapted to the new riders’ animations and a new in-air bike controlsystem has been implemented to improve bike handling during jumps.

OG_eXodia
I am passionate about “Heroic Fantasy” and “Beat Them all” games on Nintendo Game System (I hate SEGA). Now that I am old, I love retro gaming, since I don’t have much time. Feels good to watch endings though…
(Visited 11965 times)
MilestoneMONSTER ENERGY SUPERCROSS

DORAEMON STORY OF SEASONS LAUNCHES FOR NINTENDO SWITCH AND PC

The Magnificent Trufflepigs is Out Now on PC