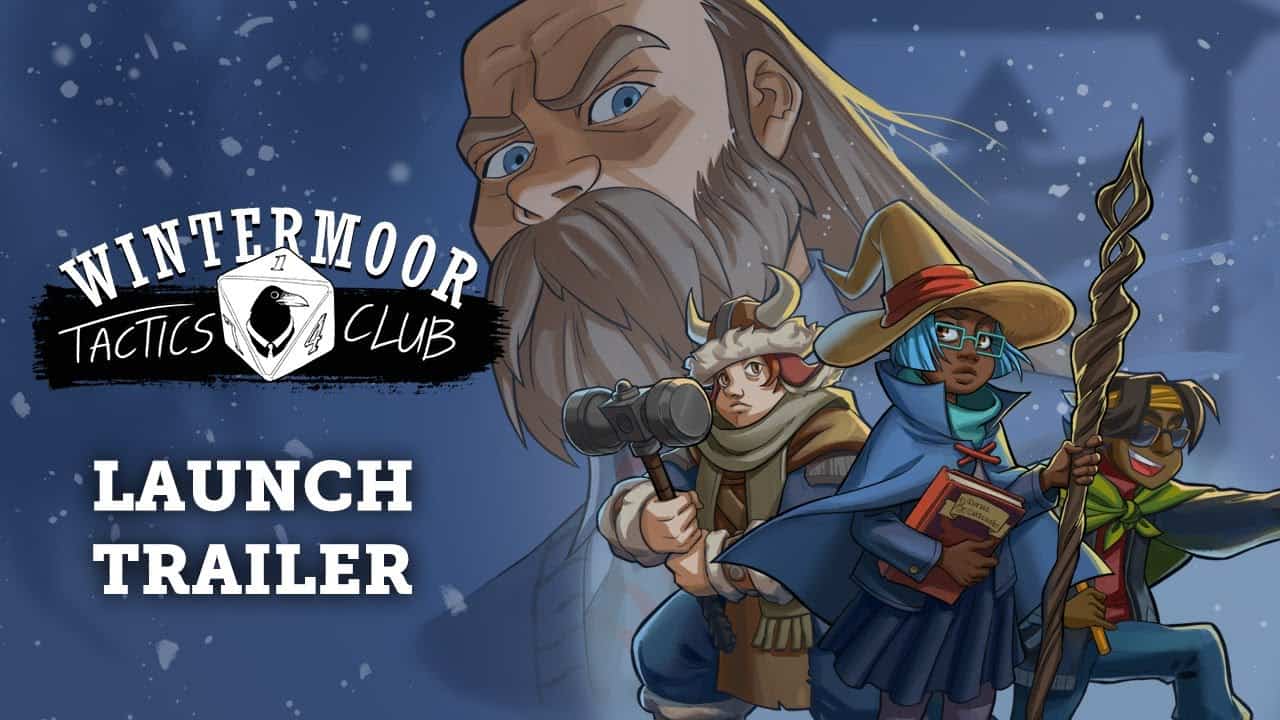 Wintermoor Tactics Club is a narrative-driven tactics RPG married with visual novel elements. You play as Alicia, one of the members of the Wintermoor Academy Tactics Club, where students play the premier tabletop game of the time, Curses & Catacombs. A mandatory snowball tournament between all of the clubs is announced by the Principal and each losing club is disbanded. Now you and your friends need to use your tactical skills to fight rival clubs, while also exploring the school and investigating the Principal’s true motivations for the tournament.

“Wintermoor Tactics Club was designed to be fun for both veteran tactics gamers and for new players who like the idea of tactics games but don’t know where to start. I’m also really proud of the earnest, light-hearted sense of humor and hygge that we’ve worked into this game.” Said Ben Walker, team lead at EVC.

Since Wintermoor Tactics Club tells a story about the importance (and challenges) of inclusivity, it’s designed to have a warm and inviting feel. Inspired by the concept of ‘hygge’, the gameplay is streamlined and accessible, while the art, music, and writing create a cozy space. Even when it deals with serious conflicts and grand fantasy battles, Wintermoor is designed to feel like curling up with a good book and a hot cup of cocoa on a winter night.

“We instantly fell in love with the game, it’s got so much appeal,” said Steve Escalante, GM of Versus Evil.“The moment the team here at Versus Evil played Wintermoor, the warm, happy, fuzzy feeling behind the design philosophy clicked. This is a real indie gem with charm and we can’t wait for the world to try Wintermoor Tactics Club.”

With dozens of unlockable upgrades and seven playable characters across 40 battles, players get to test their strategic mettle against a host of different characters while writing tabletop campaigns and crafting adventures. Wrapped in a charming narrative, the game explores the intimate relationships and personal stories behind Wintermoor’s mix of colorful characters.

In celebration of the games launch, Wintermoor Tactics Club is running a 10% discount for a limited time on Steam as part of the Indie Megabooth sale. The game is launching in English, but in the coming weeks will add German, Russian, Simplified Chinese, and Brazilian Portuguese languages.