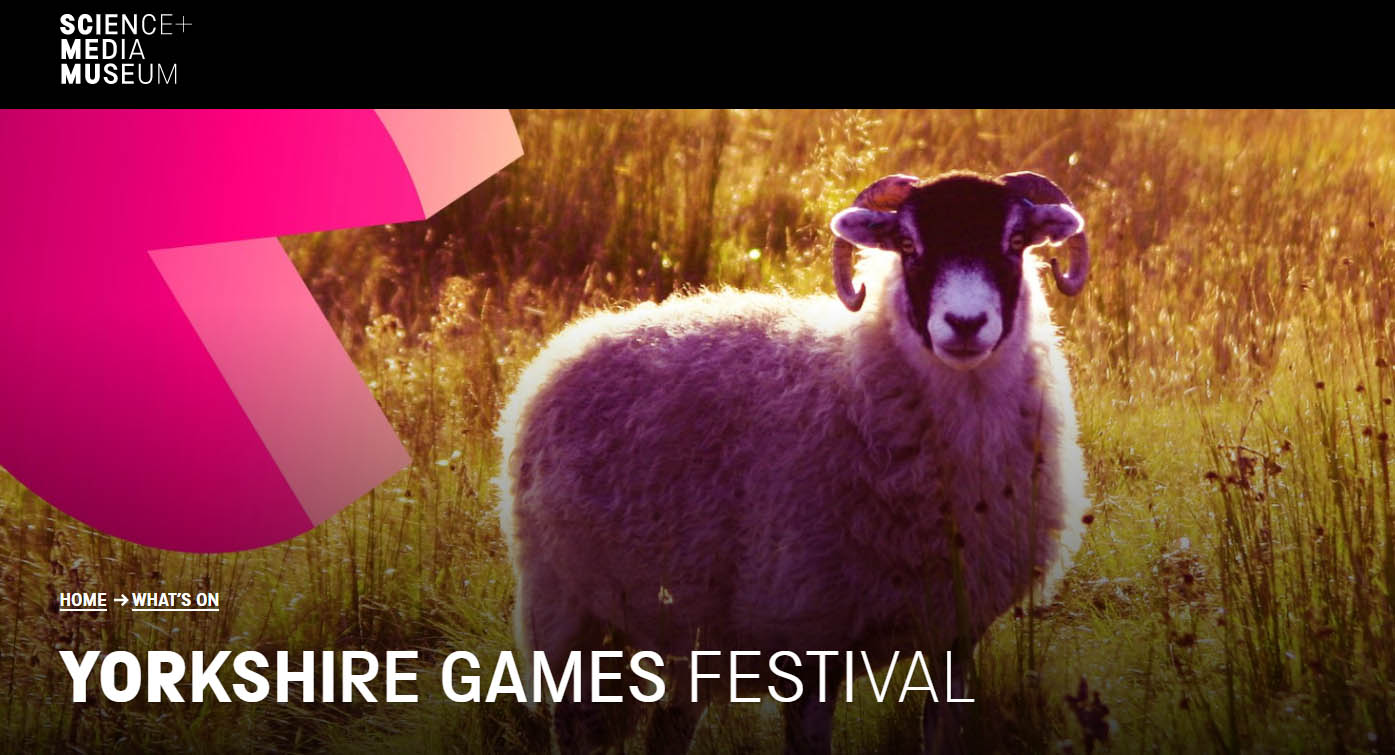 January, Bradford, UK: With those New Year fireworks fast fading to memory, the National Science and Media Museum is excited to announce the final speakers for the forthcoming Yorkshire Games Festival in Bradford, running between 5-9 February 2020.

Serving both as a bastion for the UK’s ever-ambitious and successful games industry in the north of England and the first major games event in 2020, we can now reveal Sabrina Carmona – senior producer at mobile and casual gaming giant King – will be taking to the stage to, in her words, help ‘demystify mobile game development’. Given King’s vast experience in the mobile arena, with monster hits like Candy Crush Saga continuing to light up the charts, Carmona’s advice will be invaluable.

Another new addition to the Yorkshire Games Festival’s line-up is William Pugh, previously named as a BAFTA Breakthrough Brit and founder of Berlin-based experimental games studio Crows Crows Crows. Pugh will be using his time on stage to give his guide to ‘unconventional games development’.

This year’s Yorkshire Games Festival is a  five-day event pitched at developers, gamers, and families alike, offering a wide variety of events and activities to appeal across the spectrum. Leading the line from an industry perspective, however, will be the Games Talks sessions from professionals and experts running across two dedicated days, 6-7 February.

Also on the agenda, however, will be the Let’s Play family weekend on 8-9 February, running throughout the museum. Leading the line-up will be a panel debate chaired by videogames presenter and journalist, Alysia Judge. In 2019 the World Health Organisation classified gaming addiction as a disorder, one which medical professionals can recognise and treat. This panel will bring together industry professionals and families to discuss who is responsible for gaming behaviours in our children.

For aspiring video games professionals, the Family Weekend will also provide an opportunity to meet key representatives of the British Esports Association to find out what it takes to make a career in the industry.

Younger visitors will be able to beta-test new developments from developers across the North, compete in an eSports tournament, and discover new games from CBBC including online multiplayer hit Nightfall. The Northern Games Showcase will also give a platform for local developers to present their new games to a family friendly audience. It will feature recent VR titles from two Leeds-based studios – The Angry Birds Movie 2 VR: Under Pressure from XR Games, and Spaceteam VR by Cooperative Innovations; plus PixelCount Studios, who boast ex-Lionhead Studios (Fable) developers are bringing their game Kynseed; and Magic Leap, producers of mixed reality headset systems, will be giving demos of their equipment.

The full schedule across the course of the week will be: –

If you’re a member of the media looking to book a press pass for the festival, please contact [email protected]. More details on the festival can found on the Yorkshire Games Festival website.

OG_eXodia
I am passionate about “Heroic Fantasy” and “Beat Them all” games on Nintendo Game System (I hate SEGA). Now that I am old, I love retro gaming, since I don’t have much time. Feels good to watch endings though…
(Visited 1595 times)
Yorkshire Games Festival

Digital and Collectors Edition for Maitetsu- Pure Station is Out