Old Gamers is a Gaming Portal created by passionate "old" video game addicts. You will find news and funny stories related to your favorite games from your childhood and also new games coming up. Stay tuned and Follow Our Youtube Channel
We are a participant in the Amazon Services LLC Associates Program, an affiliate advertising program designed to provide a means for us to earn fees by linking to Amazon.com and affiliated sites

Just bought this beauty at Walmart for $29.98. Pow 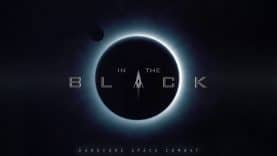 Impeller Studios has announced that its crowdfunded passion project, In The Black®, will begin its first public beta today on PC. Impeller is also partnering with Alienware to host a 100,000 beta key giveaway for the upcoming hardcore space combat sim. Aspiring pilots can head to Alienware’s giveaway page to experience In The Black’s realism-focused battles through a variety of single-player and multiplayer modes, or simply hone their piloting skills in FreeFlight mode.

In The Black’s first public beta introduces new content with today’s release of the Reus-class medium fighter, an updated Hyperion-class heavy fighter, improved AI for NPC fighter support, and new functionality in the cockpit displays, including a missile cam to enhance reconnaissance and provide a cinematic view of long distance kills. There is also a major update to the powerful ShipFrame Editor for customizing your ship’s loadout and appearance. All of these features can be tested now through 4v4 battles against other players or bots. Impeller Studios is also implementing numerous quality of life updates, such as a simpler, more streamlined main menu and “Quick Comms” that allow players to easily strategize without voice chat.

In The Black is being developed by AAA veterans from some of gaming’s most prestigious series, including Studio Director Jack Mamais (Lead Designer, Far Cry® and Crysis®), Senior Producer David Wessman (Gameplay and Story Lead, X-Wing series of Star Wars Space Combat Simulators®, Blood Wake®), and veteran audio designer Michael Shwartz (MechWarrior®). Having pioneered some of the most beloved shooters and combat sims, the Impeller team is combining their talents to innovate again with a new vision of space combat that is unlike anything ever done before. Their love for hard science fiction has been a key focus for In The Black’s development. With meticulous attention to detail, Impeller Studios is crafting an immersive, exciting, and believable vision of 23rd century space combat that respects real world physics and engineering. In The Black puts players in the cockpits of heavily armed, nuclear-powered spacecraft to fight in spectacular battlespace locations in the belt and among the rings and moons of Saturn.

“Ever since I was working on the MechWarrior series at Activision my dream has been to work on a space simulator. At that time, I tried to pitch one, called Aerotech, but was never able to get it off the ground. Fast forward 25 years and I am finally able to present my dream game and a dream team with Impeller Studios…IN THE BLACK! I, along with my fellow developers have worked hard for quite a while to bring you a modern Space Combat Simulator with the exciting element of using REAL SCIENCE as our core. So strap in, grab your joystick and prepare for a totally immersive and mind-blowing ride. See you in the Battlespace, Mercenaries!”. ~ Jack Mamais, Director, Impeller Studios.

Impeller Studios can’t wait to hear player’s thoughts on the beta and are already working hard on more game modes, vast battlespaces, and new ships. For more information about In The Black please visit its official website, join the fast-growing Discord community, and tune into Twitch tonight (November 12) at 7pm EST for a beta overview with live commentary from the development team.

‘An Egg Can Dream’ – An egg themed physics based 3D platformer releases tomorrow on Steam!

Tales of ARISE is available now in standard, Digital Deluxe and Ultimate Edition

7 Wonders: Architects, The Accessible Strategy Game for the Whole Famil

The Skylia Prophecy – The review

Insurgency: Sandstorm launches on PS4 and Xbox One on September 29th

The Frosts: First Ones’ Offering A Chilling Exploration Adventure On STEAM

HONEY, I JOINED A CULT LAUNCHES INTO STEAM EARLY ACCESS ON 14TH SEPTEMBER

Vira Announced for a December Release in Granblue Fantasy: Versus

Haven Park Out Now on PC and Nintendo Switch!

Vesper Out Now on Steam & GOG.com