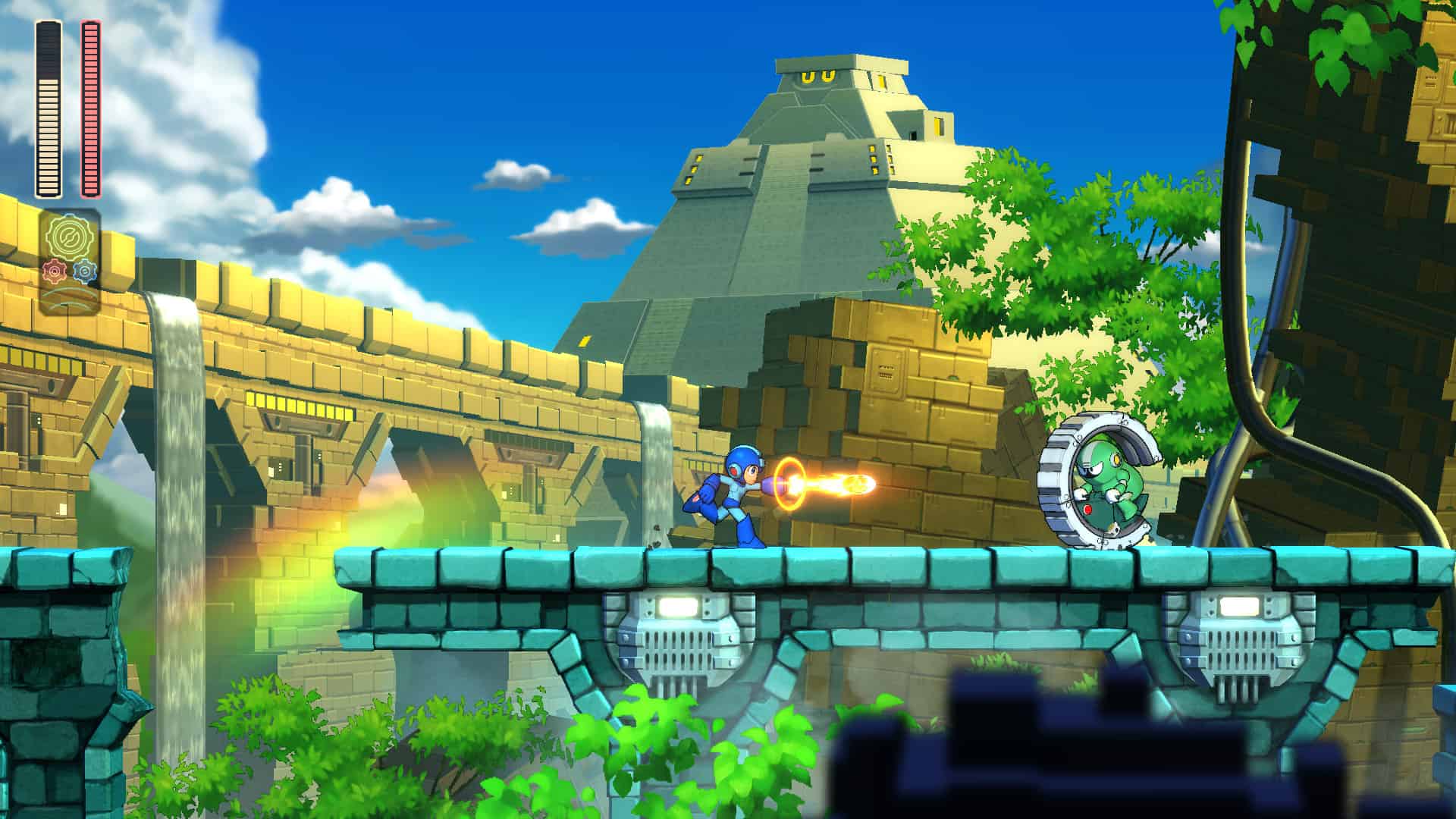 In the events of Mega Man 11, long-time mustachioed series villain Dr. Wily is back to his mischievous ways and has had a true flash of evil genius, deciding to invest in an ambitious idea from his time at Robot University where he studied alongside Dr. Light, Mega Man’s benevolent creator. Dr. Light, who also recalls this inventive idea, decides to upgrade Mega Man with this powerful prototype known as the Double Gear system, installing it into his circuits and expanding his abilities for the greatest fight yet for everlasting peace as they take on the evil attempts of Dr. Wily to conquer the world. In a new trailer released today, available on the Capcom Press Center, fans can get a first look at the all-new Double Gear system as well as formal introductions to two of the game’s new Robot Master bosses: the egotistical brick-building Block Man and the electrifying speed demon Fuse Man.

The veteran development team behind this new entry has retained the series’ core gameplay gamers have come to know and love. Jump, slide, shoot, and more through challenging stages and Robot Masters. Defeating them and absorbing their powers is the heart of the game, and swapping between all the new powers is now easier and faster than ever through a useful weapon wheel. The Double Gear system in Mega Man 11 adds a unique new twist on the satisfying platforming action, offering options to enhance Mega Man’s speed and power on the fly.

In addition to Mega Man 11, fans of the Blue Bomber have a lot to look forward to in this mega year with Mega Man Legacy Collection 1 + 2 on Nintendo Switch newly released this month, with all 10 of the original series now playable on the platform. Additionally, all of the games in the more mature, futuristic X series will be available in Mega Man X Legacy Collection 1 + 2, coming this July 24, 2018 to Nintendo Switch, PlayStation®4 system, Xbox One, and Windows PC.

Guild Wars 2: The Icebrood Saga Episode One, “Whisper in the Dark”, Releases November 19