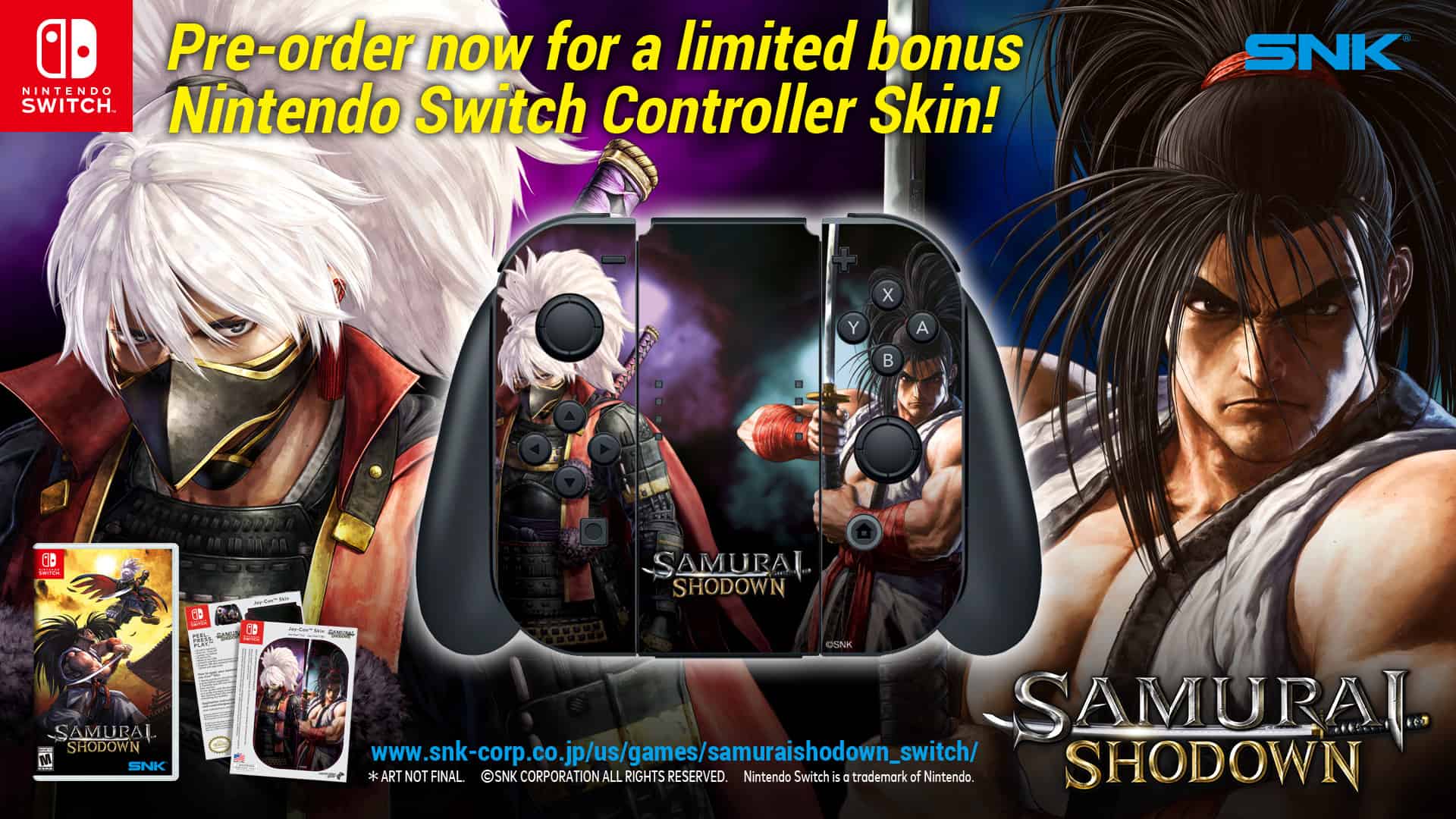 “SAMURAI SHOWDOWN’s upcoming release on the Nintendo Switch™ will mark the first time the series will be available on a Nintendo console in over 10 years,” says Yasuyuki Oda, Lead Producer of SAMURAI SHODOWN. “Fighting game fans will soon be able to pass a Joy-Con to an unsuspecting rival and unleash their fury anywhere around the world.”

This latest entry keeps in line with the weapon-based fighting mechanics that the franchise helped popularize in 1993, as signature features like the Rage Gauge and Lightning Blade will return alongside a robust roster of new and familiar fighters. In addition to everything included above, Hisame Shizumaru from SAMURAI SHODOWN III will be included as a free character.

SAMURAI SHODOWN for Nintendo Switch™ will launch on February 25 for $49.99 USD. Players who pre-order the physical version today can look forward to receiving both the port of SAMURAI SHODOWN! 2 (originally released on Neo Geo Pocket), and a bonus controller skin as well.

OG_eXodia
I am passionate about “Heroic Fantasy” and “Beat Them all” games on Nintendo Game System (I hate SEGA). Now that I am old, I love retro gaming, since I don’t have much time. Feels good to watch endings though…
(Visited 1635 times)
Samurai ShodownSNK CORPORATION

The Lord of the Rings: Adventure Card Game to Consoles