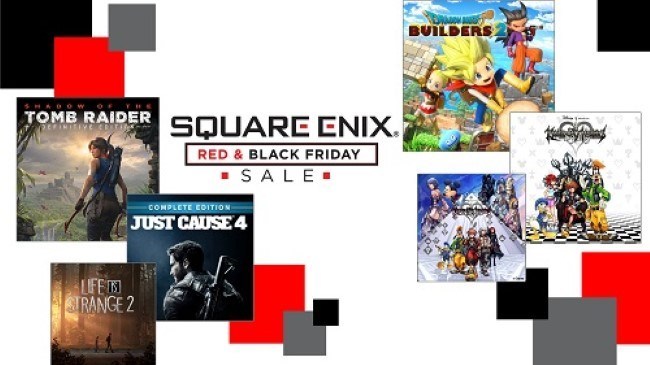 Visit the Square Enix Store and Save Up to 90 Percent Off Popular Games: FINAL FANTASY XIV Online – The Complete Edition, KINGDOM HEARTS, Just Cause 4 and More

LOS ANGELES (Nov. 22, 2019) – SQUARE ENIX® is kicking off the holidays by giving thanks to its fans with this year’s “Red & Black Friday Sale”. From today through December 3, players will be able to enjoy discounts off the company’s most popular games including DRAGON QUEST BUILDERS™ 2, KINGDOM HEARTS, JUST CAUSE™ 4 and more.

Featured digital deals for games from the PlayStation®Store and Microsoft Store include:

By ordering through the Square Enix Store, fans can get free shipping on all physical orders $75 or above within the 48 contiguous United States. Digital games are discounted starting today, and merchandise and boxed game orders will be discounted beginning November 27, with all sales on the Square Enix Storeending December 3 at 9:59 a.m. Pacific Standard Time.

OG_eXodia
I am passionate about “Heroic Fantasy” and “Beat Them all” games on Nintendo Game System (I hate SEGA). Now that I am old, I love retro gaming, since I don’t have much time. Feels good to watch endings though…
(Visited 1875 times)
black fridaysquare enix

Street of Rage 4 – The Review

Riverbond Will Charm Co-op Adventurers on Nintendo Switch in 2019