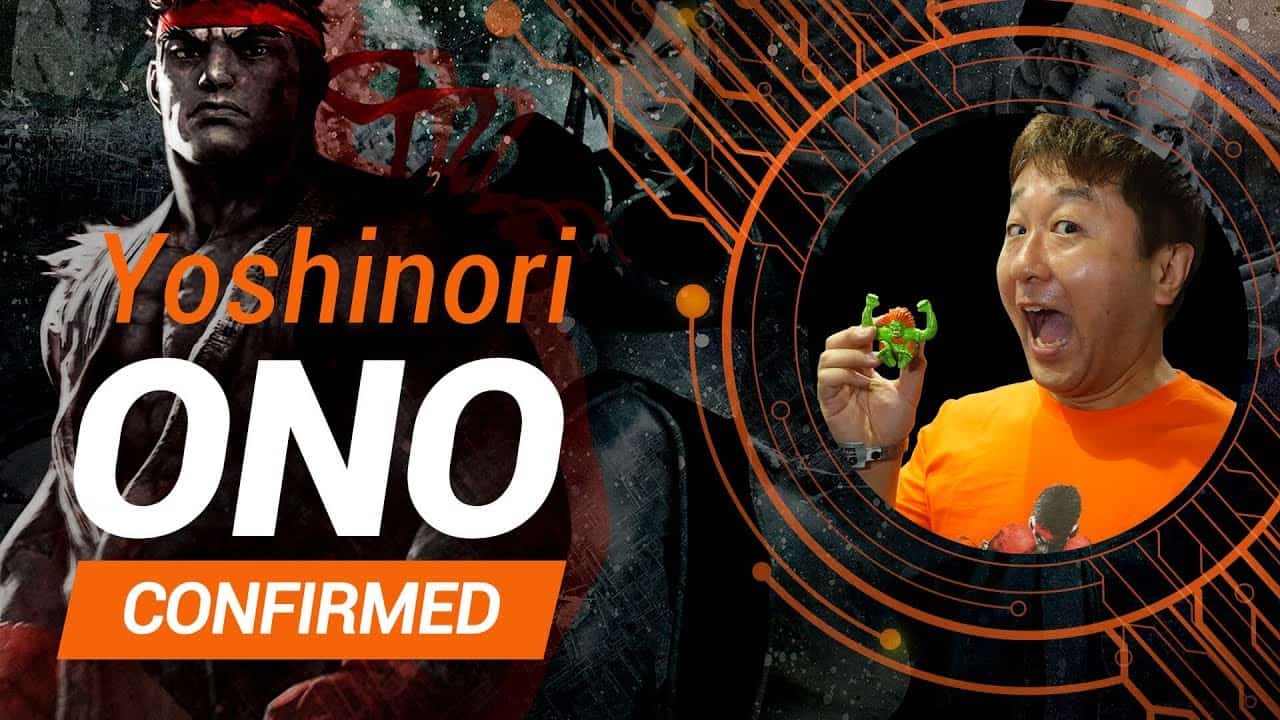 On October 11th, the creator of one of the most famous fighting series of all time will receive the Lifetime Achievement Award, granted to the most important names in the worldwide gaming industry, and will have his hands engraved on the Wall of Fame of BGS. During the five days of the event, fans will be able to see Ono at the BGS Talks, at cosplay contests, where he will be part of the jury, and take pictures and get autographs from him at the Meet & Greet area.

São Paulo, May 22nd, 2018 – Brasil Game Show (BGS) has just confirmed that Street Fighter® V: Arcade Edition producer Yoshinori Ono will be at the 11th edition of the event, which takes place October 10th to 14th at Expo Center Norte, São Paulo. To the delight of his countless admirers, Ono will be attending all five days of the event, including the Opening Ceremony. Visitors will be able to meet him at Meet & Greet area, where they can take photos and get autographs from the guest; on the stage of the BGS Talks, where the guest will reveal trivias about his career, and during the cosplay contests, of which he will be part of the jury.

Ono, who has attended BGS in 2011 and 2015 (where he announced the Brazilian character of Street Fighter® V – Laura Matsuda), will be one of the special guests of the event. On October 11th, he will receive the Lifetime Achievement Award, which honors the top names of the gaming industry, and will also have his hands engraved on the BGS Wall of Fame. Both awards were given in 2017 to the iconics Hideo

Kojima, Ed Boon, Nolan Bushnell and Phil Spencer. Excited to participate in another edition of BGS, he left a message to fans.

Yoshinori Ono’s trajectory in the gaming universe is unique and merges in a sense of success with Capcom itself, where he has been working since the 90s. The producer was responsible, among others, for the game Street Fighter® IV. Released in 2008, the game has increased the series’ popularity and has become one of the greatest fighting games title ever.

“Ono has always had a lot of fans in Brazil, and his participation in two editions of BGS only increased fans’ admiration. In addition to being one of the world’s top game producers, he is extremely friendly and charismatic and remains on the list of most requested names by BGS attendees. Receiving him again is a gift to visitors and to BGS, especially at this time when we are focusing on the next level”, said Marcelo Tavares, CEO and founder of BGS.

The fifth batch of tickets is already for sale. Until June 22nd, it is possible to buy them at 31% off the prices of the final batch. The half admission cost is 75 BRL and the passport for the four days of the event goes for 225 BRL. By acquiring a passport, one day of the event will be free. A novelty of the 11th edition is the Fast Pass ticket, which allows the visitor to enter the event one hour before the official opening on the days open to the public. It costs 150 BRL (half admission price).

Those who donate 1kg (approx. 2 lbs.) of non-perishable food at the entrance of the event, students, seniors, teachers, and people with disabilities are entitled to the half-admission benefit.

All news about Brasil Game Show can be seen at www.brasilgameshow.com.br

About Brasil Game Show – held for the first time in 2009, in Rio de Janeiro, as Rio Game Show, BGS is now on its way to its 11th edition. In 2018, the largest gaming event of Latin America will take place October 10th through 14th, at Expo Center Norte, in São Paulo.

OG_eXodia
I am passionate about “Heroic Fantasy” and “Beat Them all” games on Nintendo Game System (I hate SEGA). Now that I am old, I love retro gaming, since I don’t have much time. Feels good to watch endings though…
(Visited 11985 times)
Brasil Game Show 2018Street Fighter VYoshinoro Ono

Call of Duty Partners with Blizzard Entertainment to Bring Black Ops 4 to Battle.net