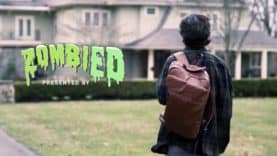 ZombiED has been a fantastic success since release in May and with an iOS PlayStore rating of a full FIVE stars and Android GooglePlay averaging 4.7/5, We’ve seen over 12,000 players join the horde.

Just as developers, zinWorks Studios promised, work started on squishing any pesky bugs as soon as the game was released and with version 1.44.31 (iOS) and 1.44.30 (android) both available now, you’ll also find a host of new features.

ZombiED has been rated at 10/10 with Appbrain for both presentation and user feedback,
and ratings since the update have been above average, showing that gamers worldwide are continuing to fall in love with the latest tower-defense craze.

The piano : immersing yourself into a noir-influenced horror game